By Daniel BartFOOD AND DRINKS

Few years ago, three young guys from Budapest, a brewer, a publican and a journalist decided over a mug of bland, industrial lager that they would turn the boring world of Hungarian beer upside down. They were few of a handful that had an idea how good beer tasted, but they weren’t too impressed about the Budapest beer scene, so they went on to organize Főzdefeszt (Brewery-Festival), Budapest’s first craft beer fest.  A few months later, in 2011, the first Hungarian IPA – Grabanc was tapped at a beautiful historical downtown square in front of a baffled but curious crowd.

Now Főzdefeszt is a sprawling 3-day temporary town of craft beer booths and street-food trucks, moving to different locations every year and attracting tens of thousands of craft beer lovers from the area. Next to showcasing almost every Hungarian craft beer, Főzdefeszt is acting as an annual show of many dozens of new brews every year, like the first Hungarian Abbey Beer brewed actually in the monastery of Zirc last September.

But if you’d think Budapest is overflowing with good beer, you are mistaken. It’s still the secret of a few ten thousands, though quickly spreading. All kinds of different joints embrace craft beer day by day and in the Jewish Quarter/Party district (district VII), it’s not hard to find Hungarian craft beers on tap. 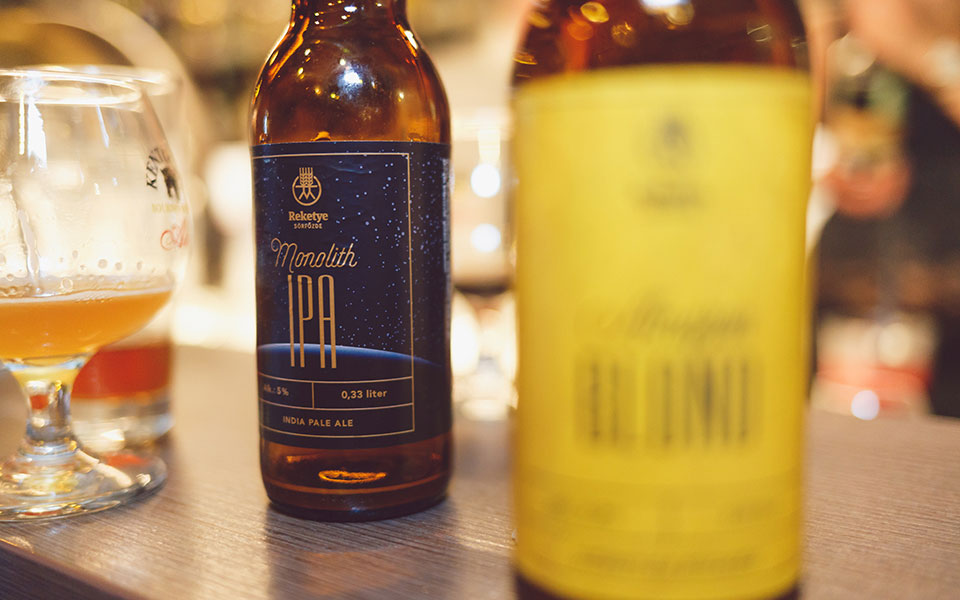 Actually, famous Szimpla Kert on Kazinczy Street was the first to tap a small-batch Hungarian craft beer: Keserű Méz (meaning Bitter Honey), which is one of the most popular craft beer brands to this day, embodying a bridge from the conservative light-lager taste to the hoppier American-style new-wave brewing. You can still find Keserű Méz at the bar back in the garden.

But the Budapest craft beer scene offers much more than a just few popular craft beer brands: It’s a teeming hub of innovation and culture, with many creative minds either brewing, or opening pubs, doing tastings and beer-dinners or counter-culture events involving beer. It seems as if gastronomical-minded creative young people found craft beer a highly enjoyable and promising cultural playground in Budapest. 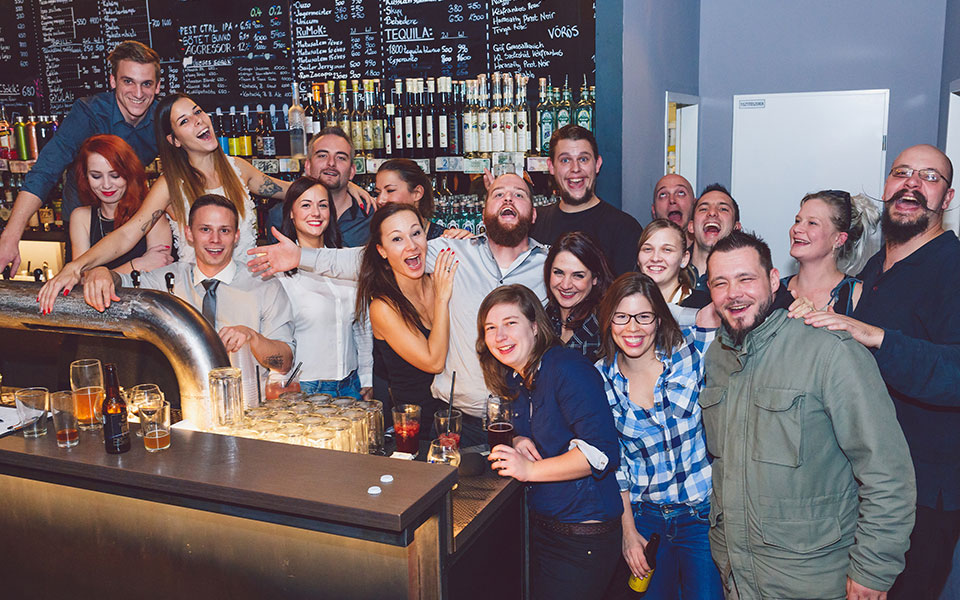 We have half-illegal small breweries behind closed store-fronts, or in cellars under late-night pubs. We have special craft beer inspired street-food, like craft dogs at Léhűtő, a trendy craft beer joint just off Gozsdu-court, the latest and most-beautiful series of party-courtyards in the deepest depths of the old Jewish Quarter. Then we have a world-class bottle shop, run by the guy who brewed Hungary’s first IPA back in 2011, hosting around a 1000 beers from around the globe. However, you can find here only the best beers, selected by the owner himself, and hence the name: Csakajósör (Onlygoodbeer), visited widely from abroad as well.

But the No.1 leader of the craft beer bar scene is a little bit off the party-centre of district VII – it’s in district IX, the quintessential craft beer quarter of Budapest. Off Grand Boulevard, Élesztő (meaning Yeast in Hungarian) was founded by some people from Főzdefeszt to function as a year-round craft beer festival with 30 taps and ever rotating beers on every tap. Being basically a cultural center in itself, it houses an artisanal coffee-house, a home-brew studio, a butcher’s kitchen and a sanctuary for beer-cocktails with Grabowsky, the beer-coctail bartender who developed his novel signature style in this bar. He doesn’t mix usual cocktails with beer as an ingredient, but he does enhanced beer with some cocktail ingredients. 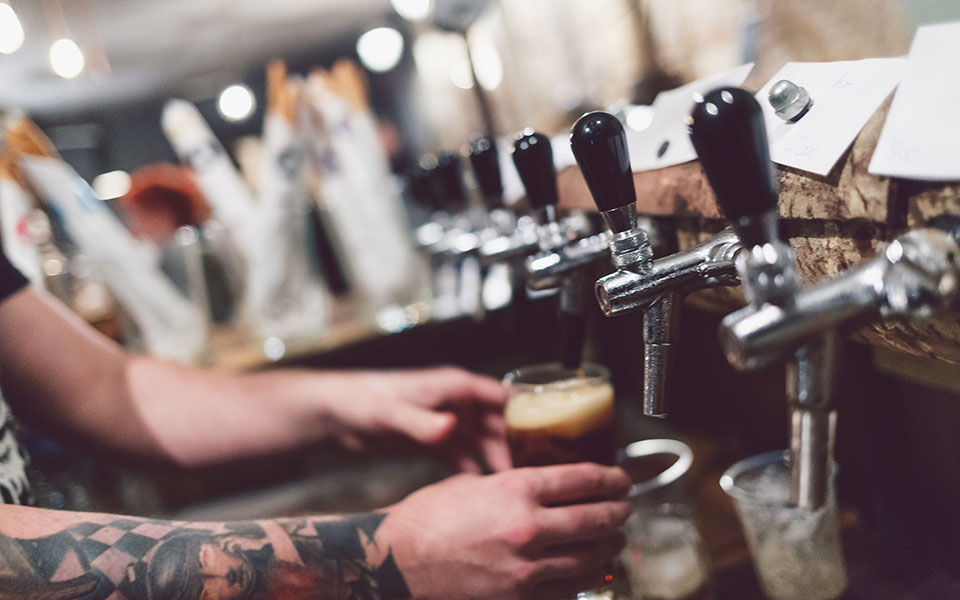 Élesztő has a simple wining concept carried out with great enthusiasm. They combined the home-grown ruin-pub with a multi-tap bar based on craft beer revolution. Since the opening they have taken up a distinct steam-punk industrial style which goes just perfect with the intrinsically steam-punk atmosphere of beer brewing. If you have only one night for craft beer in Budapest, that’s the place to go.

However there are some new and brand-new phenomena rising on the horizon: Craft beer started to move not just into party-district but classic downtown as well. Now you can find one of the most original beer-bars, Bestia just opposite the St. Stephen’s Cathedral. It’s a big crowded place not only with 9 taps of Hungarian craft beer, but also a good kitchen seriously swaying on the verge of fine-dining.

Some pubs of district IX tend to open breweries to back their craft beer operation. Monyó on Kálvin square has served as a usual pub for a decade until the owner made the great leap and founded a brewery in suburbian Pest. He doesn’t only supply his own taps, but his beers are quite popular all over the town – so much so, that they won the “Brewery of the year, 2015” title from Főzdefeszt. 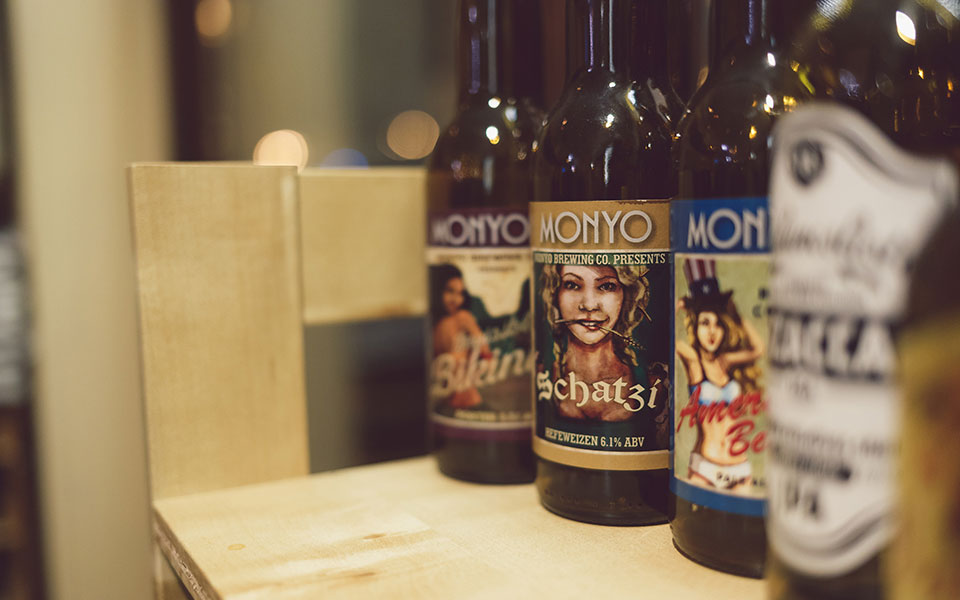 Jónás Craft Beer House in the belly of the Bálna (Whale) Shopping Center on the riverside also set up a brewery of his own. Next to these new ones, there is a dozen of good old (meaning 20 years old) breweries operating all around the country, though not providing more than 3-4% of the country’s beer-consumption. But 2016 is to see a huge wave of new breweries opening in Budapest and the country. The future is brewing in Budapest!