One of the frustrating things about Budapest is that you can’t capture all of its major landmarks in one photo, despite many of them being so close together. There’s nowhere you can stand where you can take a photo that includes all four of the most famous bridges, that also includes the Liberty Statue and the Buda Castle plus the Parliament building on the other side of the Danube. Even if you’re on a rooftop, there’s a bend in the river that means something is always obscured.

Unfortunately, this is not just what Budapest is like when trying to capture the city in one says-it-all photo. Even when you’ve been here for a while, you can’t shake that feeling that you’re missing something special behind just one more of those 100+ year-old façades. One somewhat forgotten cultural institution, that had its glory days in 20th century Budapest, is just one example.

The Fészek Artists’ Club is where painters and playwrights, musicians and muses, writers and renegades have met since 1901 to share their art and ideas, and – during the socialist years – share their frank views in the safety of its four walls. 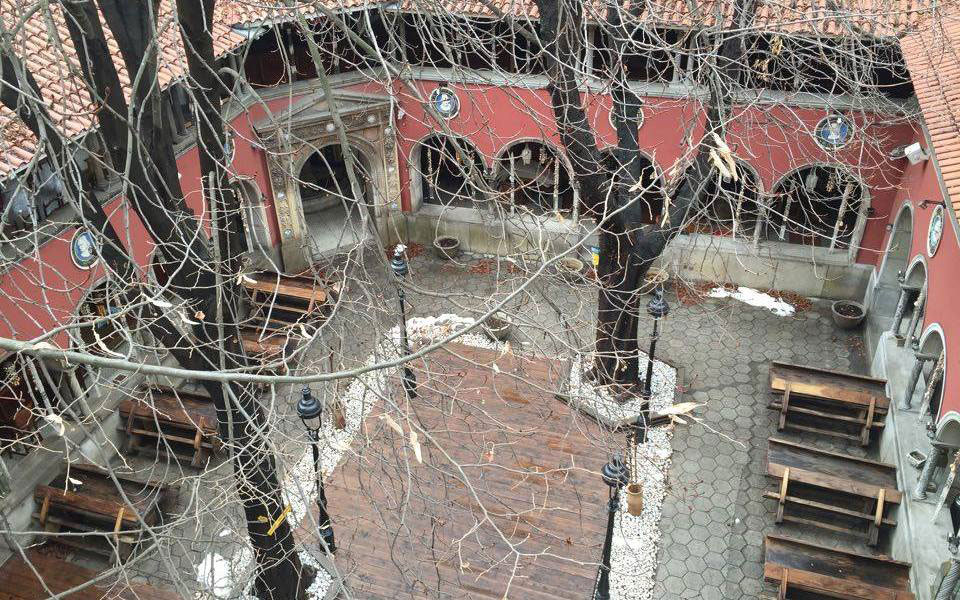 The Fészek Club (“fészek” means nest) has been a kind of home for painters, architects, sculptors, singers, actors and musicians for more than 100 years and while a lack of funding for repairs mean this aging dame is not aging so gracefully, the club remains true to its core mission. It has a theatre, gallery-style rooms, a specialist arts library, and many other spaces for performance artists and guest speakers to share their work and their ideas.

The club was founded by famous Hungarians like writer Sándor Bródy, architect Ödön Lechner and painter József Rippl-Rónai among many others. It used to operate as a private members only space, with prominent people from other background like bankers, politicians and academics also allowed to join. Because walls, sadly, can’t talk we can only imagine the parties, the shenanigans, the insider gossip, and the creativity that would have played out here during its heyday. 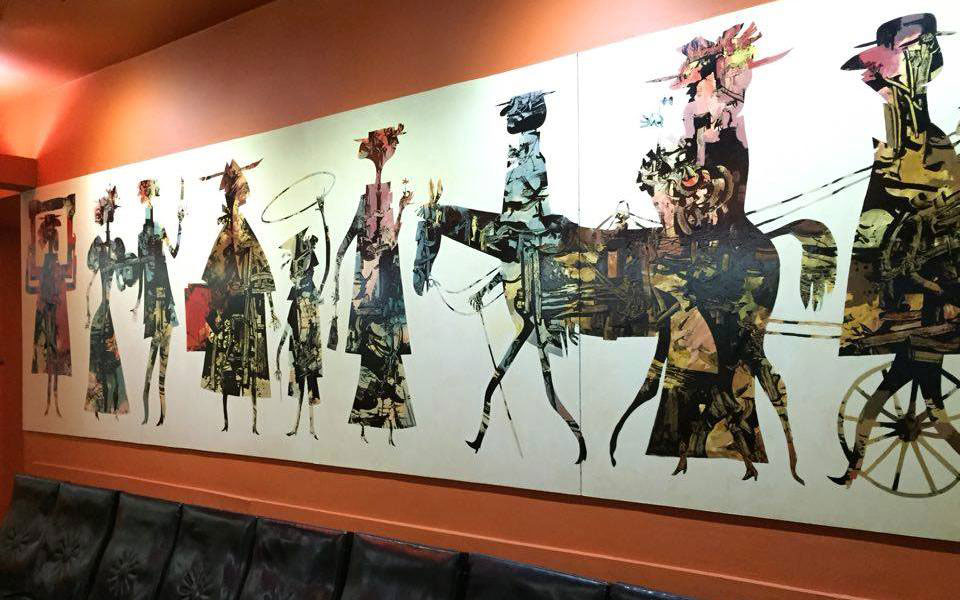 Despite being smack-bang in the heart of the VII District, you’re likely to walk right past the Fészek Club on your way to a ruin pub or a shiny new bar, but this faded star deserves the spotlight, for once you step inside you’ll find one of the most intriguing interiors of a city overflowing with interesting interiors.

The foyer and grand staircase were faithfully renovated to their original early-20th Century style in the mid-1990s, while everything from the second floor up is like a dreamboat for those who want to know what the 60s really looked like. Here you can get closer to what the 60s really felt like too.

The building was damaged by bombs in WWII and later the interior underwent a makeover during the time of the socialist regime to make the opulent interior look less ornate, and more in keeping with the simple lines and more standardized design style preferred at the time. 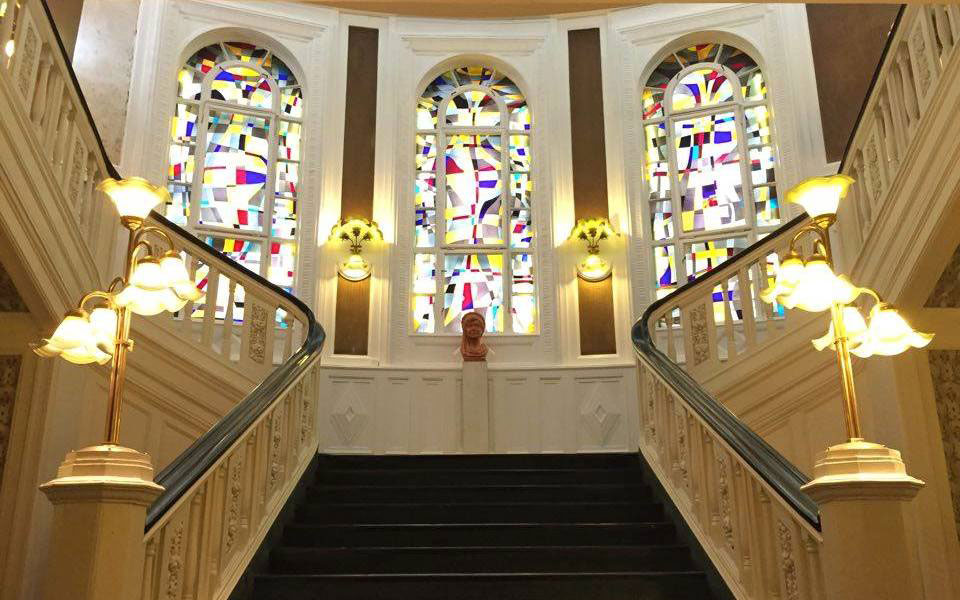 For this reason much of the interior is like the set of “Mad Men,” except better – because this is real life. Here you get to sit on couches from the 60s – no, not ones that have been bought in from a retro store. These couches have just been here a reeeally long time. See those doorknobs? Or the light fittings? Or the bar? Or the artwork in the red room?

Yep, all hand-me-downs from this iconic era, where all we can say is thank God these weren’t removed in the rush to modernise. If you haven’t seen a great example of everyday 50s-60s style interiors except in old photos, or as odds and ends in an eclectic bar, then here’s your chance. 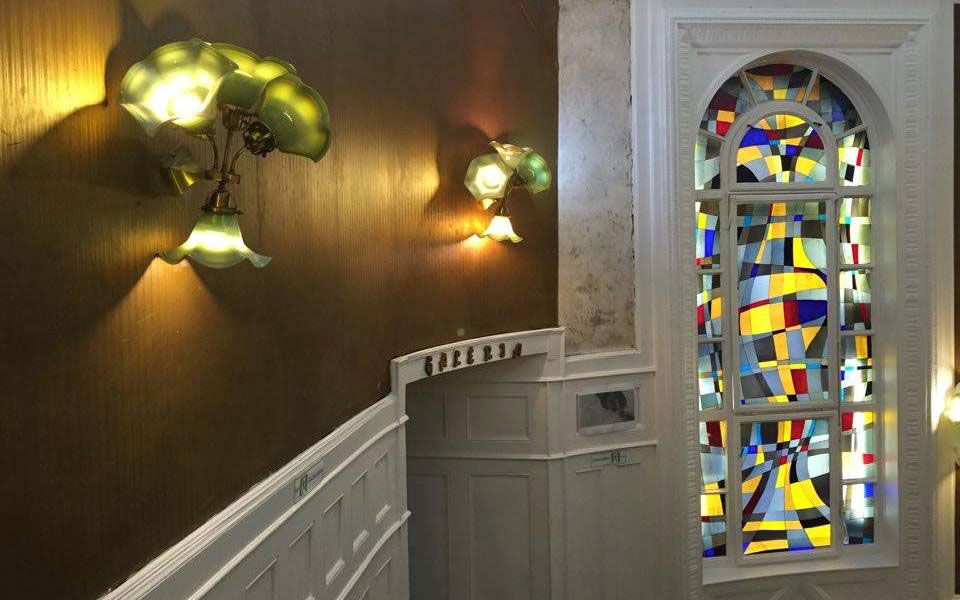 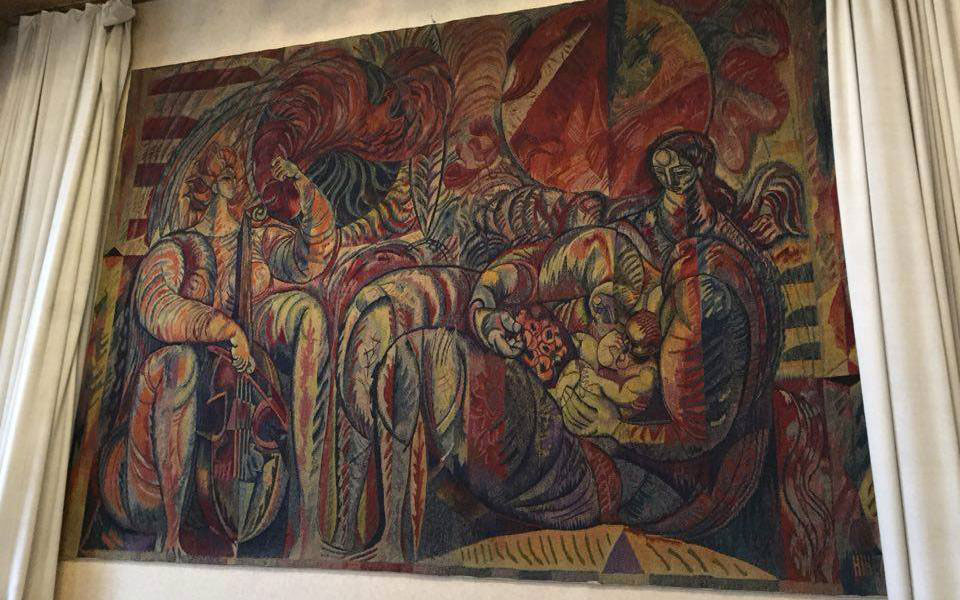 If you can, head to the top floors, bronze-domed room where the acoustics are incredible or weird depending on how you look at it. Whisper at one end and you’ll be heard loud and clear at the other.

Some elements of the interior are protected with what’s called “műemlék” in Hungarian, meaning it’s listed as a significant ‘art relic,’ but it’s clear much more funding is needed to add the sparkle back to this building that was once so important to Budapest’s decadent cultural scene. The building’s upper levels are all the more satisfying when you consider that everything in the VII District is being updated to fit today’s “cool” – and “socialist-era” interiors definitely don’t make that cut. 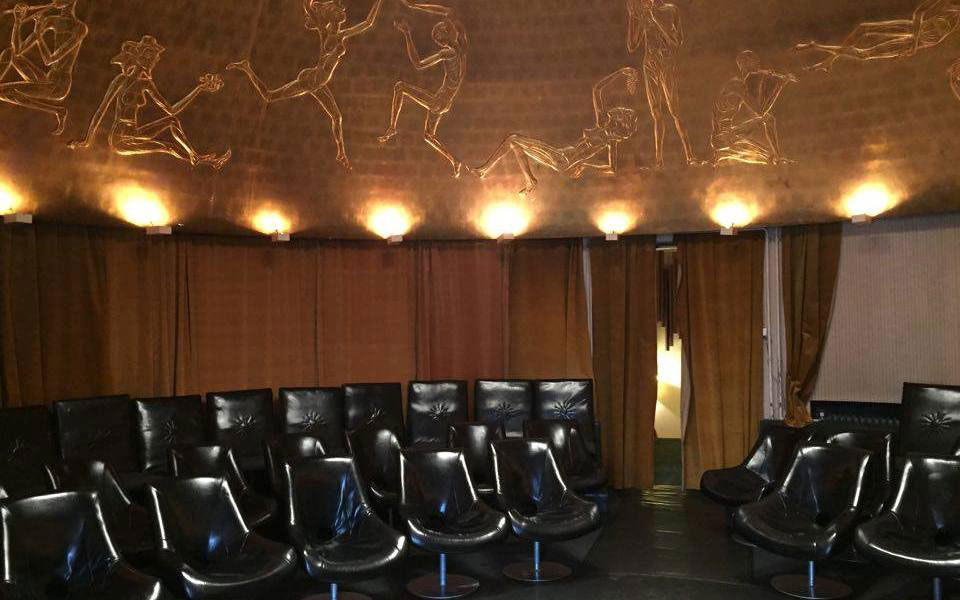 You can visit any time as the Fészek Club still hosts art and cultural events most days, and a Caribbean-style restaurant called La Bodeguita Del Medio opens the stunning courtyard during summer, and its bar saloon year-round.

We can only hope that some additional funding will help assure the building’s future, and that the club remains as committed as ever to being a home for the city’s thriving artists of all stripes, perhaps even returning to its glory days as a central meeting point culture-lovers.

Remember, not getting to see everything is both the beauty and frustration of Budapest. But to tick just one more place off your list, you must visit the irresistibly enchanting Fészek Club. 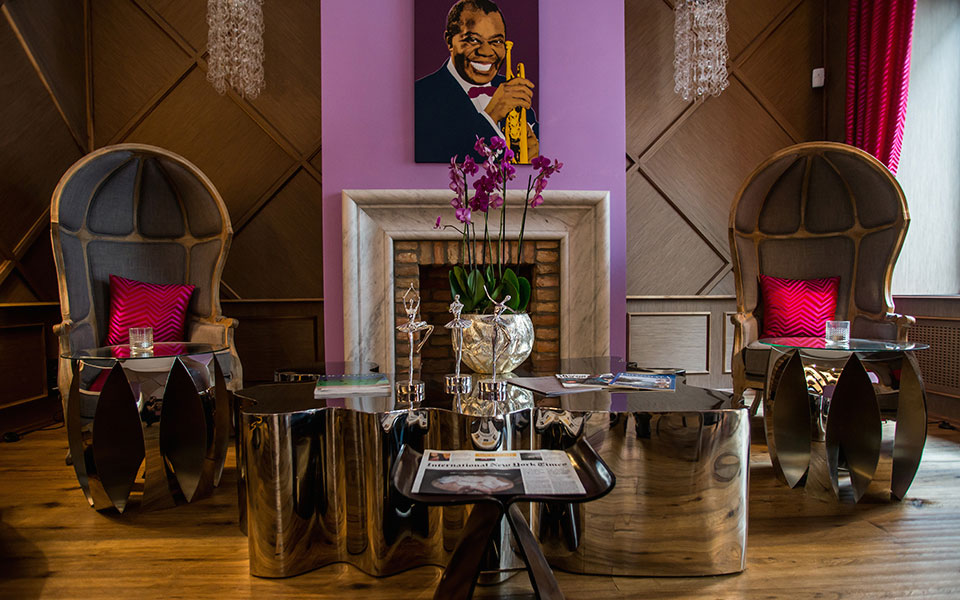 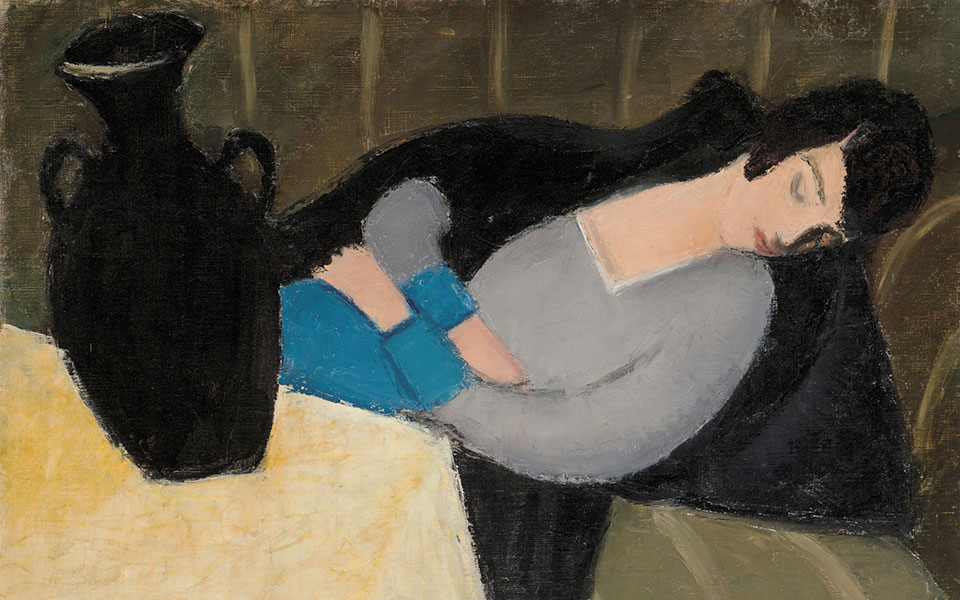