Find Out How the Disabled Community Is Empowering Itself in Budapest

Traveling in Budapest with a disability, while not without its challenges, is a positive experience. As is the case with most old European cities, general accessibility can be a problem, but with the city center under almost constant renovation, things are improving quickly. If you’re planning a trip and you’re worried about it, Amy, who blogs over at Hot Wheels Goes… posted a great review of the city for wheelchair users.

Public perception is also shifting, and more is being done to make life easier and more inclusive for both residents and visitors with living with disabilities. This is in no small part thanks to various organisations and initiatives that have sprung up in recent years. We decided to take a look at some of them:

Rehab Critical Mass is an organisation dedicated to empowering those living with a disability, aiming to help them self-organize around common causes and interests. Another important aspect of its work is connecting with the public to help people understand the problems and prejudices disabled people face. The ultimate aim is to make communities more open and to help them realize the human and economic benefits of better-integrating people living with disabilities into society.

To this end, in October 2014, Rehab Critical Mass held a march for people living with disabilities. It attracted over 3,000 participants, both disabled and able-bodied. The following May, they held another march, this time attracting 6,000 people and extensive press and social media coverage. Plenty of public figures were in attendance and workshops were held and broadcast online ensuring the event had a long-lasting impact in Hungary.

Another march is planned for May 2016 and the Rehab Critical Mass team are hoping to build on their previous successes to take their message yet further. You can find out more about them on their website. Featured image by rehabcriticalmass.hu.

Nem Adom Fel Cafe (which translates to “Never give up”) is the first cafe in Budapest to be staffed mainly by people living with disabilities. As well as offering catering work opportunities, the cafe also opens itself as a venue for awareness events and acts a case study for successful integration for those living with disabilities into the workforce.

Having just opened at the end of January 2016, the team have had a busy first month, as documented on their Facebook page. The menu is filled with coffees, teas, cakes and sandwiches and the basement cafe is spacious and inviting, and fully accessible thanks to a wheelchair lift at the entrance.

The cafe is the latest initiative of the Nem Adom Fel Foundation, which has been around since 2005 and gives grants and supports various projects that aim to raise awareness of disability issues in schools and in the wider community. 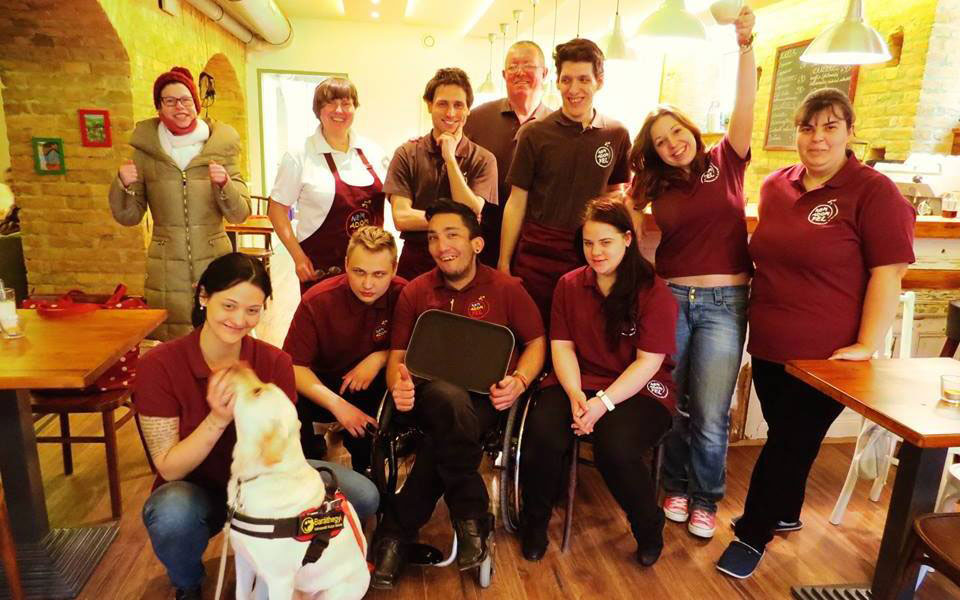 Budapest has a booming tech startup scene and one of the newest creations to come out of it is Route4U, an actively updated accessibility map, geared for those trying to navigate the city with limited mobility.

Available on their website and via an Android app, the map marks routes in green, yellow or red depending on how easy they are to traverse and also marks various amenities like ATMs, stores and restaurants.

The team have their sights set on expanding the app to cover other cities and as well relying on users to update the map with new information, they hope to partner with city authorities, both to get more data and also to help them make smart choices when they come to plan city improvements.

Speaking about the project, Ágnes Kecskés, who helps the team with marketing, said, “Route4U serves cities with smart accessibility solutions. With their technology, cities are able to provide information on accessibility in a quick and inexpensive way and we can support them in making cost-efficient infrastructural decisions.” 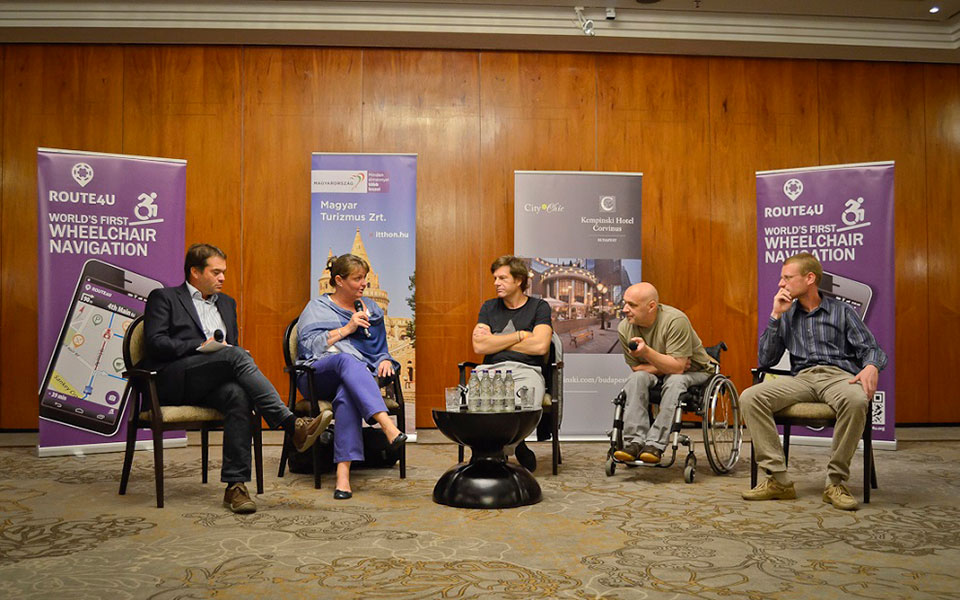